Before reading this tutorial, make sure to read Our Quick Start Tutorial。

In the test script, we can use both image script (Airtest) and UI script (Poco).Compared with image scripts, UI scripts are more accurate and run faster.How should we use these two types of scripts when writing scripts?

This depends on the type of the application being tested: - Native apps: - It is recommended to use Poco's UI script directly, and use image script for some necessary interface judgment. - Games: - For games that have been integrated with poco-SDK, you can use Poco's UI script, and use the image script for the necessary interface. - For games that cannot be integrated with the SDK for the time being, image scripts can be used.

Improve the compatibility of screenshot script¶

In the writing of test scripts, many students will find it difficult to guarantee the compatibility of image scripts. Here are some common tips:

The threshold in the script plays the role of screening results here. The level of the threshold will directly affect the recognition results returned.

If the threshold is too high, all low-confidence results may be filtered out, and eventually no valid image recognition results will be obtained.

When we improve the compatibility of image scripts, the most important part is to set reasonable thresholds. Default recognition threshold is 0.7 in Airtest framework, and we can make appropriate adjustments.

1.1 Adjust Threshold: Use the Image Editor to adjust the threshold of the single-line script¶ 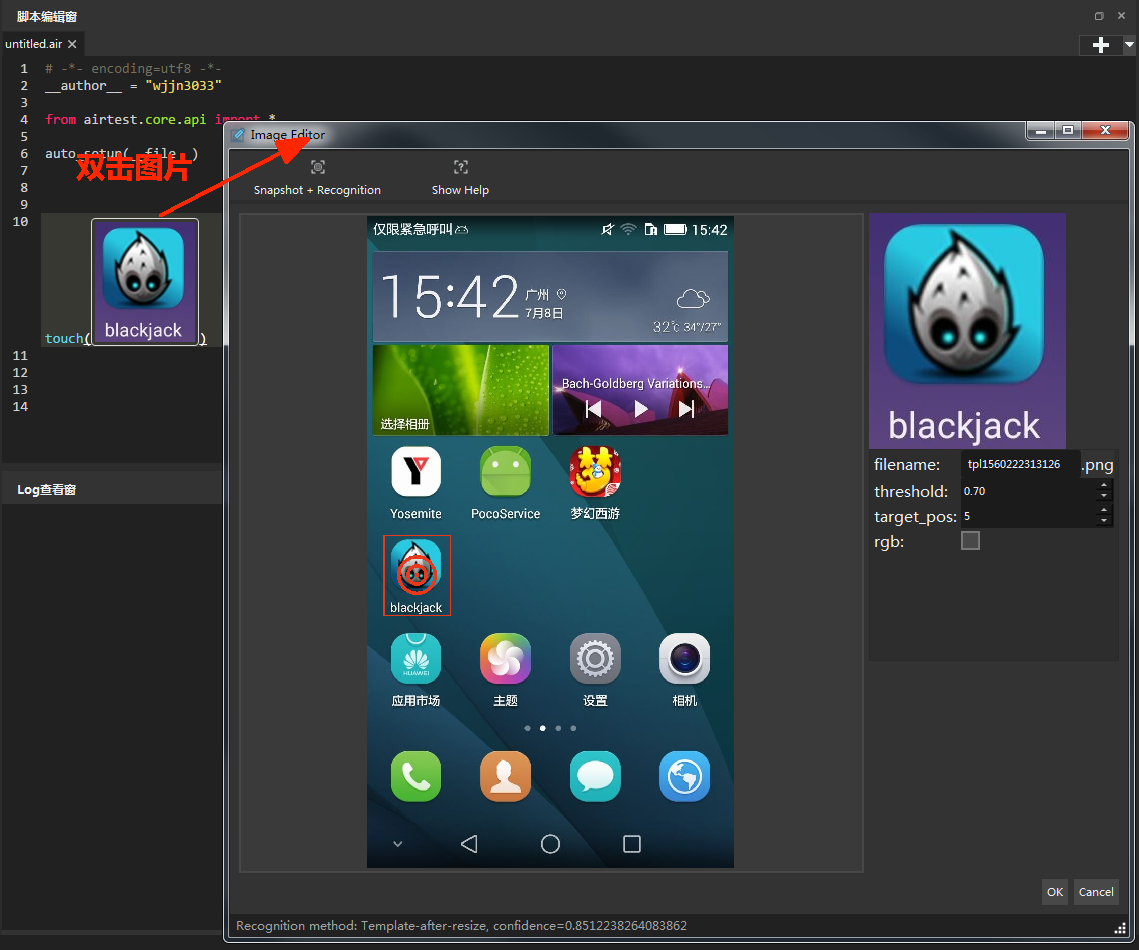 Note: It is recommended to set the threshold between [0.6, 0.9]. In this way, it is possible to avoid mixing the wrong result with the threshold being too low, and also avoid the situation that the result is not found because the threshold is too high.

If we want to set the threshold for the image scripts of the entire test script, we can set the global threshold at the beginning of the script:

For example in this interface: 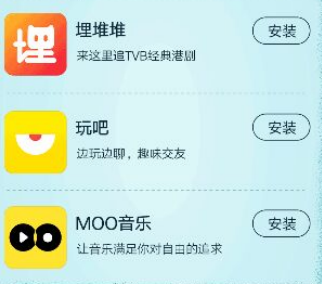 I need to click the second [Install] button in the middle.If I take a screenshot like this

But if we change it another way, we can take pictures with more features:

, The result returned this time will be correct.

The setting of the click position is actually to be able to click to the correct position when there are many feature points in the screenshot.For example, in the pop-up screenshot below, you need to click the close button: 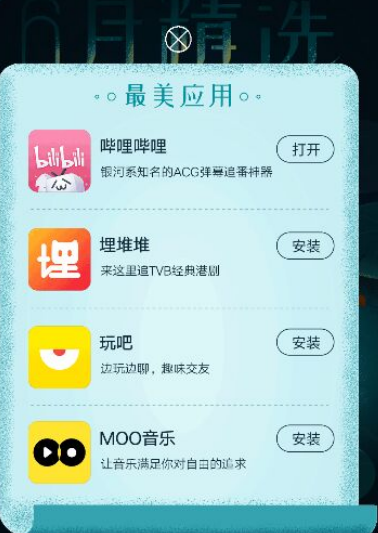 .The success rate of image recognition is not high.

But if we take a screenshot of the entire window and double-click the picture to set traget_pos = 2. In this way,the recognition success rate is relatively high. The screenshot is below: 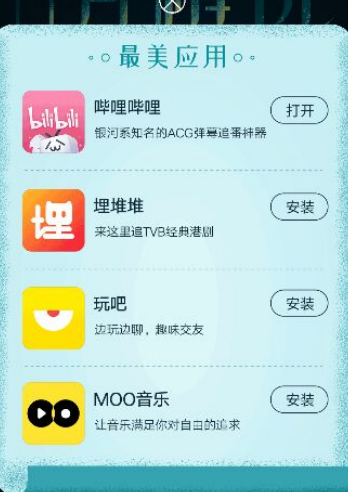 The setting of the parameter target_pos can refer to our document: Image Click Position target_pos (Integer)

For some situations, such as different device aspect ratios, different device resolutions, multiple fonts, etc., we can improve the compatibility through syntax.This method requires connecting the device with script compatibility issues and including the corresponding screenshots in the search list. The code is as follows:

Note: If there is no break statement in the for loop, it will cause all the images to be searched (the touch is executed after finding), instead of returning immediately after finding a suitable result.

Convenient operation in some scenarios¶

In some scenarios, through some alternative operations (such as directly operating coordinates, using button instructions, memorizing element positions, etc.), we can eliminate compatibility debugging for image recognition and even speed up script execution.

For example, cutscenes will be slow, we can choose to skip them. At this point we can operate the coordinates. The game cutscenes are shown below: 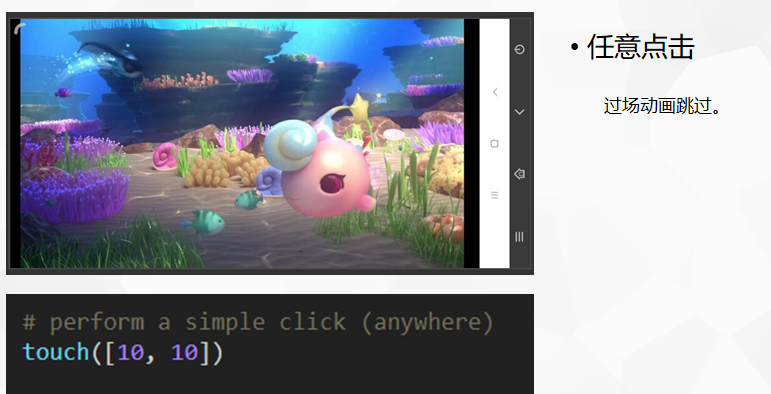 After the koala app is opened, there are 4 introduction pages that need to be swiped to enter.If you use airtest/poco UI test statements, it will take a long time to run.But if you use a fixed coordinate position to slide, you can enter the APP in four executions. It should be noted that the continuous operation of the coordinate script is too fast, and the device may not even respond. Generally, you need to add sleep (1.0) after each statement and wait for the device to respond.

If there are many such situations in the script, you can encapsulate it into a general function and call it when you need it. This saves code and is fast. 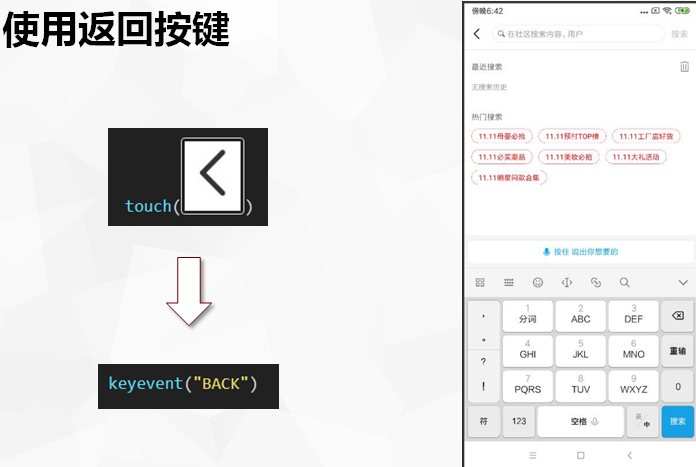 In many cases, the BACK button can be used flexibly.When we open a page and want to return to the previous page, we can choose to press the UI button. But generally keyevent ("BACK") can also achieve the purpose. This is not only simple and straightforward, but also compatible.

There are also some special situations, such as in Hearthstone, where the enemy and our heroes' positions are fixed. These positions are needed every time we attack the enemy hero. You can consider saving this global location, and then call the corresponding location when you need to use it.

It should be noted in the above figure that you need to use the wait statement to wait to get the hero position, notexists. Because we must get the position of the corresponding hero. So we need to wait for it to appear (no occurrence will trigger an error directly), and the exists statement will not report an error if no hero appears.

Verify the script compatibility with our new feature, Multi-Script Multi-Device Plug-In. The same test script is run on multiple devices with different resolutions at the same time to ensure the compatibility of the script. 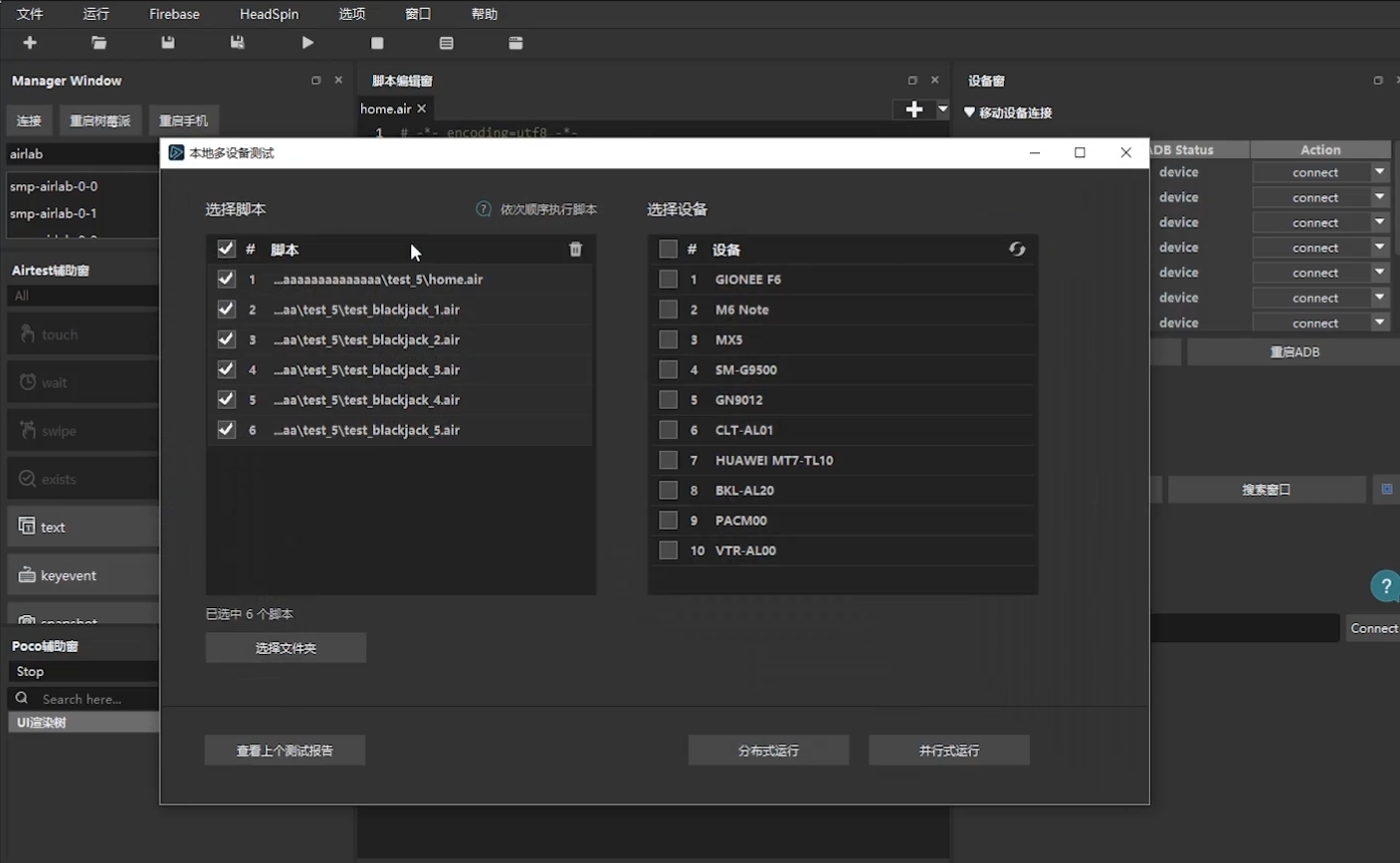